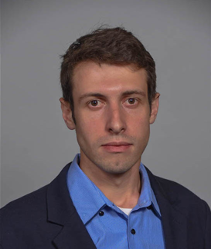 Srdjan Nikolovski was born on June 13, 1989 in Pancevo, Serbia, where he completed his elementary and high school education. During high school he was an attendant at 20 seminars and three conferences at Petnica Science Center in fields of psychology and molecular biomedicine in three consecutive years, when he published his first scientific studies.

He received his Doctor of Medicine degree from the University of Belgrade School of Medicine in Belgrade, Serbia, in 2014, and a title of Clinical Research Associate from the same university in 2015, when he was enrolled in a project funded by the Ministry of science, education and technological development of Serbia. During his medical school education he served as a teaching assistant for one year. Besides his experience as physician, he obtained an extensive experience in academic research and writing. He was enrolled in numerous scientific projects at several clinical and academic institutions during his medical school education and after receiving MD degree. As a crucial member of many projects, he significantly contributed to completion of many studies in fields of clinical medicine, biomedicine and public health. He is a member of group of physicians-scientists maintaining the Serbian Pediatric Registry of Chronic Kidney Diseases for children from Serbia, Montenegro, Bosnia and Herzegovina and North Macedonia.

Dr Nikolovski received his specialized postgraduate academic medical education in Salzburg, Austria, in 2019, as well as many honorary awards in Europe and United States, and is currently a PhD candidate. He is also a member of many medical and academic international organizations and a reviewer for several scientific journals.

Dr Nikolovski is an author of numerous scientific studies published as research papers in several international journals. He also presented many research studies on international conferences and participated in more than 700 scientific seminars and educational activities.

He is fluent in English.